Osho on finding balance from The Book of Secrets 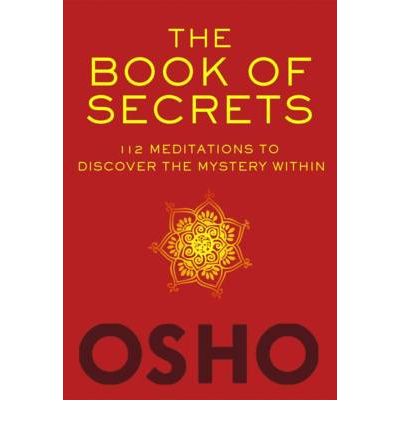 “Man is Janus-Faced – animal and divine both. Animal belongs to his past, divine belongs to his future, and this creates the difficulty. The past has passed, it is no more; just a shadow of it lingers on. And the future is still the future, it has not yet come; it just a dream, just a possibility. And between these two exists man – the shadow of the past and the dream of the future. He is neither and he is both.
He is both because the past is his – he was animal. He is both because the future is his – he can be divine. And he is not both, because the past is no more and the future is yet to be.
Man exists as a tension between these two: that which was and that which can be. This creates a conflict, a constant struggle to realize, to be something. In a sense, man is not. Man is just a step from the animal to the divine – and a step is nowhere. It was somewhere and it will be somewhere, but right now it is nowhere, just hanging in the air.
So whatsoever man is doing – whatsoever I say – he is never satisfied in it, never content, because two diametrically opposite existences meet in him. If the animal is satisfied then the divine is in discontent. If the divine is satisfied then the animal is in discontent. A part is always in discontent.
If you move to the animal, in a way you satisfy part of your being, but immediately in that satisfaction dissatisfaction arises, because the opposite part, your future, is just contrary to it. The satisfaction of the animal is the dissatisfaction of the possibility of your future. If you satisfy your divine possibility the animal revolts; it feels hurt. A definite discontent arises within you. You cannot satisfy both, and satisfying one, the other is dissatisfied….
Tantra says you cannot reach the one by fighting through duality. You cannot come to a non-dual point by choosing one thing in the struggle in duality. Choice will not lead you to the one; only a choiceless witnessing….
Don’t be with the animal, don’t be with the divine, and don’t create a conflict. Just go back, just go away, just create a gap between you and this duality and become a third force, a witnessing, from where you can see both the animal and the divine.” ~ OSHO, from: The Book of Secrets